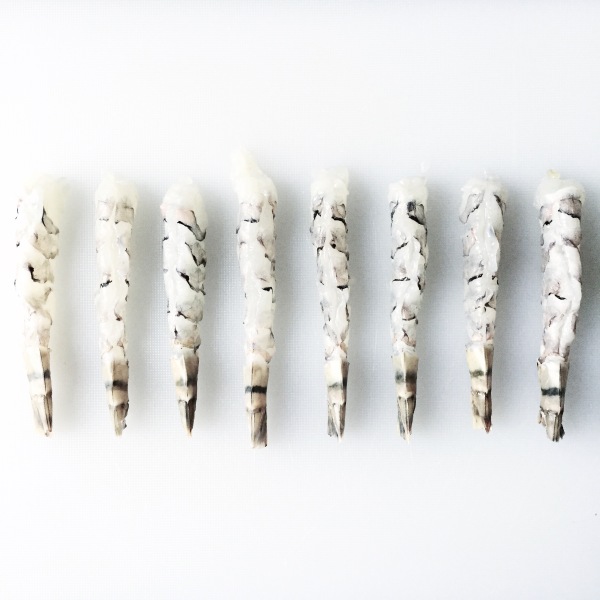 Tempura is one of those things that I enjoy eating when I’m out at a restaurant, but when it comes down to actually making it myself, it never really crossed my mind. One major reason is because I’d rather not make my entire house smell like fried food.

Today was an exception though, because I haven’t had shrimp tempura in a while, and Kevin and I have been avoiding going out to eat to save us some money, as neither of us are currently working at the moment. I was surprised how easy it was to make it, and for people who buy those tempura batter mixes from the store?  No need to buy those anymore, because it is super simple to make from scratch!

The tempura was in no way heavy, thick, or bready, like how some places like to make it. Though the batter was not as light as I wanted it to be, it was still quite delicious and I’d probably have it again. Aside from shrimp, I also made some tempura out of jalapeños. As a warning, if you’re going to handling with jalapeños, try not to touch your nose or eyes after, which was something I failed to do and ended up with a burning sensation on my nose.

Once your shrimp have been peeled with the tail on and deveined, you’re going to now score it, so that when it is fried it will still be somewhat straightened, like how it is served at restaurants. To do this, turn the shrimp over so that it’s abdomen is facing upwards. Next, take a knife and lightly score through its entire length, about a centimetre apart. Make sure you don’t cut too deeply or your shrimp will break apart.

After the shrimp is scored, flip it back on the other side so that the stomach is facing down. Start by using your thumb and index finger to hold the tail portion, and use your index finger to gently push down on the shrimp’s back. Basically, you’re trying to straighten the curvature of the shrimp, and when you have completed the entire length, your shrimp should look like the photo above. If you are still unclear, you can probably find an instructional video somewhere on YouTube. Almost forgot! You’ll need to cut of a bit of the tip of the tail and try to scrape out any fluid that’s within it (this is to prevent the unnecessary splatter of oil).

To make the batter, in a bowl, whisk together all-purpose flour, baking soda, sweet potato powder or cornstarch and a pinch of salt. In a separate bowl, add an egg and roughly beat the egg with either chopsticks or a fork. Next, add in your ice cold water and gently beat. Sift a third of the dry ingredients into the egg mixture, and gently mix with your chopsticks/fork, and continue to do so until you have incorporated everything. At this time, you can also add a few ice cubes to keep the batter cold, which will help with keeping the batter light. The batter will be lumpy and this is completely okay, because over-mixing the batter will make more gluten, and you won’t achieve the light batter that you want.

Bring a pot of oil to medium high heat, and test the oil by putting a drop of batter into the oil. If the batter sinks to bottom and stays there, then it’s still not got enough, so wait until it’s hot enough (batter will start to sink to bottom, but will then rise up and starting bubbling). Coat the shrimp with batter, and let any excess drip away before putting it into oil, because you don’t want it to be too thickly coated. Cook the shrimp for about a minute and then remove. You will quickly fry it again a second time over high heat, so that the tempura will be crispier.

Enjoy the shrimp tempura alone, or with a bowl of udon noodle soup like I have done.

One thought on “Shrimp Tempura”